BHi offers a variety of different divisions based on skill level.  Men’s B, C, D & E divisions consist of a 12 game schedule plus playoffs.

Please note that deposits are unfortunately non refundable but are transferable to other 2022 season.

TEAM FEE:  is when all the players pay under one total fee and not as individuals.

PLAYER FEE: is when an individual player pays a set fee

Men’s Division games will be played on Monday, Tuesday, Wednesday and Thursday Nights.

Exceptions to these rules are at the discretion and approval of BHi Management.

Spring, Summer and Fall games are played outdoors at Lions Park. Winter Season will be played indoors at the Access Storage Sports and Entertainment Complex – 101 Wayne Gretzky Parkway, Brantford, ON. 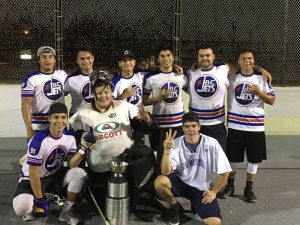